According to Indian Mythology, Lord Visnu had decided to make the Deities (the seven planets) immortal.  Visnu had churned up the sea in order to extract a sacred nectar called amrita, with the intention of making the planetary Gods immortal. Visnu had all of the planetary deities lined up in order to receive the nectar potion. However, a demon called Rakshasha, who was dragon-like in appearance had sneaked in and disguised itself as a deity, in order to become immortal. Once Visnu had realised that he had been fooled into giving the nectar to the demon he took out his sword and chopped the demon in half. The head of the dragon became Rahu and the tail became Ketu, but now they could not be killed, as they had received the nectar. When the nodes, Rahu and Ketu saw how angry they had made Visnu, they did penance to him and were eventually given planetary status.  The symbol of Rahu represents the dragon’s head and Ketu represents its tail. 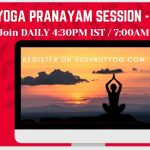